Countries Where Spanish is Spoken BlogSpanishWhere is Spanish Spoken Around the World?

Digitisation and remote-working are making the world smaller and smaller. There is no doubt, international careers are more possible regardless of which corner of the world you find yourself. In South Africa, we may have 11 official languages, but only one of these, English, is an international language. This is why more and more people are intentionally adding another international language to their skillsets.

A good choice is Spanish and there are several reasons for this. Firstly, Spanish is the second most-spoken language in the world. But where do they speak Spanish? The answer may astound you. It’s spoken in 20 countries where Spanish is an official language.

It's also a language with widespread influence across the globe. For example, international organisations use Spanish as an official language. These include the UN, the EU, and the WTO.

When it comes to the benefits of learning Spanish, there are many, and if you have been looking into learning it so that you can add it as a competency to your CV,

So if there are around 440 million native Spanish speakers, where do they speak Spanish?

So why should you study Spanish?

Well, the above facts should certainly go a long way to convince you that it is a worthwhile choice. These numbers certainly demonstrate that Spanish is one of the most important languages in the globe. The fact that there are so many countries where Spanish is spoken as an official language offer clues as to why there are so many reasons to learn Spanish.

But, let’s look a little deeper into the question, where is the Spanish language spoken.

As a result of Spanish history, the list of countries where Spanish is spoken is long.

It is spoken in Spain, obviously, but also throughout most of Central and South America. In fact, in terms of where is Spanish spoken in the world - the places that have the most Spanish speakers are not in Spain.

In terms of where is Spanish spoken in the world, how did the Americas become home to the language? It all began with the explorations of Christopher Columbus towards the end of the 15th century. During this time, much of this part of the world fell into the control of the Spanish empire and these are the countries where Spanish is spoken the most today. 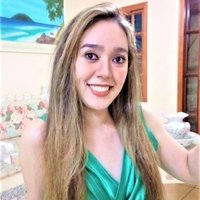 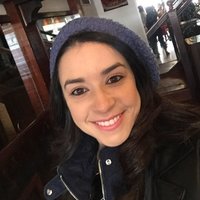 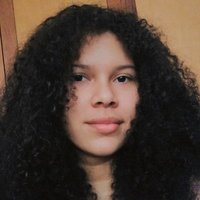 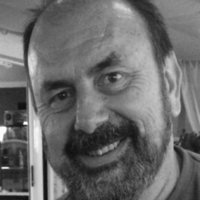 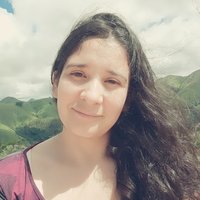 Where is the Spanish Language Spoken?

If you are convinced about the merits of speaking Spanish and are wondering, where is the Spanish language spoken? Remember that as a language, it is spread throughout the world, therefore having conversational Spanish is important if you like to travel.

Having said that, where is Spanish spoken as an official language?

If you are looking for holiday options to practise your conversational Spanish, then these unusual and exotic destinations, are perfect. And if you are wondering about the countries where Spanish is an official language so that you can embark on language immersion, these are all excellent options too.

Remember that to truly pick up the complexities and nuances of both the Spanish language and culture, it is extremely beneficial to choose to do this in one of the countries where Spanish is spoken. If you don't, it’s probably a good idea to have learned the basics and studied a bit of Spanish grammar before you go. After just a few weeks of immersion, you'll find yourself learning far more Spanish than you ever imagined.

One tip before you spend too much time wondering where is the Spanish language spoken?

If you’re still looking up basic words on the internet, and not really able to complete sentences as yet, make sure that before you are consumed with the question, where is Spanish spoken in the world, so that you can book your immersion trip, that you take a few classes before you go!

There’s no question, when it comes to the fastest way to pick up a language, immersing in a language by being forced to get by in daily conversations becomes one of the most important classrooms in which you could ever find yourself.

From the list of countries where Spanish is spoken, you could choose a destination to immerse that you have never previously even thought of making a new home.

Where is the Spanish Language Spoken by International Organisations?

So where do they speak Spanish to conduct such significant business, you might ask? The answer is everywhere. Global organisations operating in the Americas use both English and Spanish. Sometimes French and Portuguese are used too. One example is the United Nations Economic Commission for Latin America and the Caribbean (ECLAC), which uses Spanish as one of four official languages.

What about international sporting organisations? Where do they speak Spanish? In the sporting world, many international bodies use Spanish in day-to-day activities. Some of these include FIFA, football’s world governing body, and World Rugby, both of whom use Spanish in an official capacity.

But perhaps the impact of Spanish is best demonstrated by its adoption by some of the most significant international organisations in the world. One of these is the European Union which uses Spanish as one of its official languages.

The prolific use of Spanish in both public and private sectors means that by adding it as a skill to your CV, it can open up worthwhile career doors. Remember that everyday conversational Spanish will not suffice at this level if you intend to work in countries where Spanish is an official language.

So, in terms of where is Spanish spoken in the world of international politics and business, the answer is, just about everywhere.

Whatever your aspirations, as a bilingual English-Spanish speaker you will undoubtedly improve your employability. One of the reasons is because when it comes to, where is Spanish spoken in the world, the answer is in many places that English is needed too. This means that many organisations are keen to recruit people who can combine these two important international languages.

Since Spanish advanced from Latin and half of the English vocabulary is derived from Latin, there are many similarities between English and Spanish.

This can make Spanish easier to learn than languages like Chinese, however, it can still be a challenge. There are still conjugations, complex tenses, and other nuances to master. This is why anyone with aspirations of gaining a professional working proficiency in Spanish should consider taking lessons during their school years.

In mainstream South African education, Spanish is not usually offered as a Grade 12 subject, however, this should not stop anyone from finding a private tutor, even from Grade 8, to make it a seventh subject. On Superprof, private Spanish tutors are located all over the country for both in-person or via webcam lessons.

The challenges of studying Spanish are always worth it for the cultural exploits. These include:

Don Quixote is still the most well-loved Spanish novel of our time and is, in fact, the second-most translated book after the Bible!

Try and read the original version, but of course, then you will have to learn Spanish so that you can enjoy it as it was meant to be read.

Architecturally-rich cities, like Barcelona, are a great place to start if you are wondering where is Spanish spoken. Places of interest include the Sagrada Familia, the famous unfinished cathedral. The country’s capital Madrid is also home to many architectural wonders.

Once you know where is Spanish spoken, you will be able to plan trips to many culturally-rich cities that include architectural feats like the Guggenheim Museum in Bilbao, the City of Arts of Sciences based in Valencia, or the Reina Sofia Museum in Madrid for example.

If you want to revel in this kind of cultural variety, Spain is certainly the place to go. So why not get started with your private Spanish tutorials and beginning planning your trips to Spain?

Open up Career Options with a Private Spanish Tutor

Learning Spanish to benefit your career is a worthwhile investment. If you are serious about it, remember that it is not enough simply to just add a few Spanish business terms to your conversational repertoire and hope for the best. A good step would be to find a personal Spanish tutor who could help you to achieve your individual goals.

There are so many benefits to using Supeprof, consider some of these as you search for a private tutor to suit you:

Finally, in today’s highly competitive business world, there has never been a better time to be strategic about your education. Adding professional working proficiency in Spanish to your CV is an excellent way to increase your employability and explore the world with great confidence!