The Wizard of Oz Musical and Feature Film BlogMusicSingingThe Most Magnificent and Wonderful Wizard of Oz

"I shall take the heart. For brains do not make one happy, and happiness is the best thing in the world." -Tin Man

When choosing entertainment to watch together as a family, it is essential to find something that is entertaining, appropriate and engaging for all family members. Look no further than The Wizard of Oz!

The Wizard of Oz is a brilliant novel that has also been adapted to the stage and the silver screen providing young ones with magical childhood moments that they are not soon to forget.

Without further delay, we will consider more information about The Wizard of Oz musical and the feature film released in 1939. 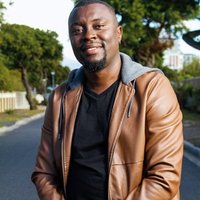 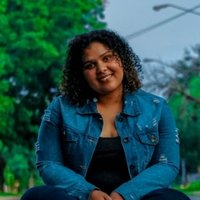 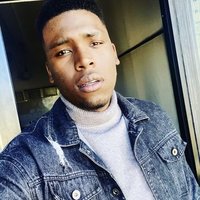 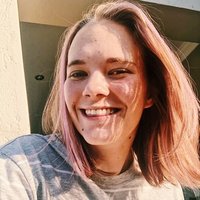 Primary Developments of The Wizard of Oz

The original and very first idea of The Wizard of Oz came from the brilliant mind of L. Frank Baum when he wrote the beloved children's novel 1900 called The Wonderful Wizard of Oz.

Nevertheless, work on bringing the classic novel to the stage began in 1901 when L. Frank Baum collaborated with friends, professional composer, Paul Tietjens, and, illustrator W.W Denslow. The script, score, and set design were all very faithful to the novel completed one year earlier.

To see if their project even stood a chance on stage, Baum, Tietjens, and Denslow submitted their work to the manager of the Chicago Grand Opera House, Fred R. Hamlin. He liked the idea and passed it on to theatre director Julian P. Mitchell.

Mitchell liked the main ideas of the script and songs yet was critical of some aspects and revised them carefully with other professionals in the theatre industry. After revisions were completed, new songs were written, and characters were added, such as the cowardly lion to make the musical sparkle.

Baum and his companions were initially anxious about the revisions especially the removal of the Wicked Witch of the West and the replacement of Toto the dog for a cow as Dorothy's companion; however, they decided to go along with the changes since they viewed Mitchell as an expert. Thankfully, they did since the show proved to be a success in Chicago when it opened on June 16, 1902, and later on in New York City on Broadway on January 21, 1903.

After the show finished on December 31, 1904, after 293 performances, the original cast embarked on travelling tours performing in other cities.

Since the original show in Chicago and New York City, The Wizard of Oz has been revived several times in many different cities as a stage play or a musical. Most notable revivals or adaptations of the original musical include the Broadway musical Wicked in 2003 and West End musical The Wizard of Oz in 2011.

Other important musicals for kids include Chitty Chitty Bang Bang and Matilda.

Even though The Wizard of Oz is a classic children's book, a musical, and a feature film that has been talked about for decades, there are still some that might be unfamiliar with the plot details and have questions?

Like, what's a young girl doing with a lion, tinman, and scarecrow in a peculiar place?

The following are the essential details of The Wizard of Oz that make L. Frank Baum's story a masterpiece:

A young girl by the name of Dorothy Gale is living in Kansas, U.S.A with her Aunt Em, Uncle Henry, and beloved dog Toto. One day, while playing like a young girl her age does, a fierce wind that appears to be a tornado arises. Dorothy and Toto run to the farmhouse for shelter; however, it is carried far away into the clouds.

Dorothy and Toto arrive in the farmhouse to a faraway land with paradisical conditions; nothing like the dreary Kansas prairies. She is now in the very peculiar Land of Oz and little does Dorothy know that the farmhouse has landed and killed the Wicked Witch of the West.

Nevertheless, even though she is in a magical place it is quite strange to her and Dorothy wishes to go home; she is explained that the only way in which she will receive help to arrive home is finding the Wizard of Oz. Dorothy is told that the Wizard resides in the Emerald City; therefore, she embarks on a journey to find him.

On her voyage to the Emerald City, Dorothy makes the most unlikely of friends: a scarecrow, a tin woodman, and a cowardly lion. Along with her new friends, Dorothy makes her way to the Wizard of Oz where they will all receive something they have been desiring.

When arriving at the Emerald City and meeting the Wizard of Oz, the scarecrow receives a brain, the tin woodman his heart, and the lion his courage. However, Dorothy Gale's wish to go back home is not granted because the Wizard escapes on an air balloon. She does not give up and continues to find Glinda the Good Witch of the South. Glinda promises to send Dorothy home to Kansas where she will be reunited with her Uncle and Aunt.

The previously mentioned plot details are from the 1902 Broadway musical production of The Wizard of Oz developed by L. Frank Baum, the original author of the children's book. It is essential to mention that the 1939 film produced by MGM may differ in specific details.

Also, what would the world be without the musical magic of The Sound of Music, Frozen, and Mary Poppins?

Notable Characters in The Wizard of Oz

"Toto, I've got a feeling we're not in Kansas anymore." -Dorothy Gale

The characters in The Wizard of Oz all teach us valuable lessons. We learn that there is no place like home, the most essential thing in life is happiness, and that although we might appear scary on the exterior, we are just as terrified and unsure about everything as everyone else.

While young children might only be impressed with the visuals of The Wizard of Oz, adults watching the stage play/musical or film appreciate the following characters deeply:

Other iconic characters that are worthy of mentioning include Glinda the Good Witch of the South, the titular character known as The Wizard of Oz, Uncle Henry, Aunt Em, and of course, the cute little munchkins!

Take some of the best singing lessons here.

Overwhelmingly Deserved Praise for The Wizard of Oz

Since the release of L. Frank Baum's children's book in 1900, The Wizard of Oz has garnered praise from young ones, adolescents, and adults from all over the world.

I have yet to meet a person who genuinely despises the story of Dorothy, Toto, the Tinman, the Scarecrow, and the Cowardly Lion.

The world is genuinely a better place thanks to classic stories about good conquering evil such as The Wizard of Oz.

Although many reviews for the 1902 musical of The Wizard of Oz have not been found since they were misplaced or destroyed before or during the war, acclaim was generally favourable for the scenery of the stage and musical numbers. Since L. Frank Baum had such an active part in the creation of this musical, it was quite faithful to the book written by him.

It is also worth stating that the 2011 Broadway revival of The Wizard of Oz composed by Andrew Lloyd Webber received reputable reviews and was brought to other international cities.

Nevertheless, it is essential to state that although the play inspired many additional works such as the sequel to The Wonderful Wizard of Oz known as The Marvelous Land of Oz, the 1939 film directed by Victor Fleming and produced by MGM is a masterpiece that has been classified as one of the best films in cinematic history.

Praised for its use of Technicolor, fantasy storytelling, musical score, original songs, and memorable characters, The Wizard of Oz feature film has become a pop-culture icon. Nominated for six Oscars in 1939, including Best Picture and Best Original Song, it is frequently featured on critics lists of best films of the 20th century that must be watched.

Judy Garland's performance as Dorothy Gale has been acclaimed to this day and she is one the 12 honorees of the Academy Awards Juvenile Award that was last handed out in 1961.

We highly recommended watching The Wizard of Oz where "worries melt like lemon drops" somewhere over the rainbow!