Learn Biology from the best

The People Behind the Greatest Discoveries in Biological Science

If you’re a budding biologist it means you are already aware of basic biological concepts. But do you realise what an enormous influence every new discovery in the field of biology research has on the world?

Life as we know it has been influenced by breakthroughs in biology.

Biology is really the study of life and biological sciences have an enormous influence on  ecology and the agricultural and medical sectors.

Although much of the progress in biological research is the materialisation of a diverse group of leading biologists collaborating on the same research projects, there are individuals who have really lead the way on numerous scientific breakthroughs in the field of biology. These pioneers warrant some of the spotlight.

Let’s spend some time focusing on a few of the most influential scientific figures within the modern biology community and exploring the independent research that made these individuals so revolutionary. 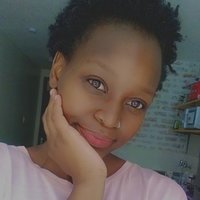 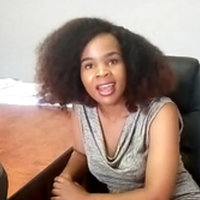 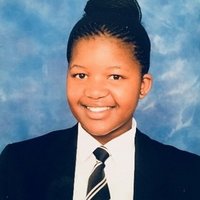 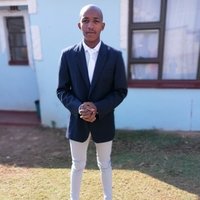 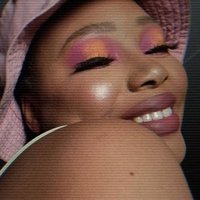 Biological Breakthroughs From the Previous Century

In Vitro Fertilisation can be traced back to the 70s and to a master of science. Clinical professor of Obstetrics and Gynaecology at Harvard Medical School, John Rock, led the way in this groundbreaking cell and molecular biology discovery.

After he and his research team successfully obtained an egg that had been fertilised it became clear that the medical procedure was indeed a possibility. This meant that infertility would pose less of a threat on the lives of countless hopeful parents.

In 1978 the first woman fell pregnant through IVF and was able to give birth to a healthy baby.

Before IVF the next best sexual reproduction option was surrogacy which involved artificially inseminating the egg of a surrogate with the semen of the father of desired offspring.

With time this procedure also progressed and surrogates were able to host the eggs of the mother and then be inseminated by the father’s semen meaning that the baby and surrogate would not be genetically linked in any way. Despite the expenses of this option, it became preferable as many surrogacy candidates felt uncomfortable using their own eggs.

Then in the 1990s doctors interested in embryology began experimenting with embryos end discovered IVF to be more successful when the embryo was first frozen and then thawed.

It was in the late 19th century when the discovery of DNA was first made. Then in 1927 scientists suggested the idea of it being an enormous hereditary molecule consisting of two strands.

In the early 1940s the role of DNA in heredity was made clearer when a group of scientists (namely Oswald Avery, Colin MacLeod and Maclyn McCarthy) succeeded in identifying the role that DNA plays in heredity. They coined this ‘The transforming principle’ and was confirmed by the Hershey – Chase duo in the 50s.

During the 50s extensive lab work and applied research in cell biology resulted in the formation of the double-helix model for DNA.

Today we know so much more about molecular genetics, genomes, chromosomes and the structure and function of DNA because of great strides that have been made in molecular biology. When we study biology on a microscopic level we learn that DNA consists of twisted strands. These strands are bases named A, T, C and G and sections of this DNA are genes.

The function of genes is to carry codes that create specific proteins and the combination of the bases within a gene dictates which amino acids are formed and combined to produce protein molecules.

There was a variety of antibiotics that were produced on a large scale in the 1940s. These same antibiotics are still used to combat a wide array of infections. None of this would have happened if it wasn’t for the determination of Alexander Fleming.

Fleming actually discovered penicillin in the 1920s but his groundbreaking microbiology theories weren’t given much recognition at first and Fleming had to pioneer with limited research opportunities. Then in the 1940s huge quantities of penicillin was produced for pharmaceutical companies by Howard Florey.

In 1945 Florey, Ernst Boris Chain and Fleming were awarded a long overdue Nobel Prize in medicine for their efforts.

Most of what we understand about ourselves and biological processes of other organisms is the fruit of centuries of basic research of all living things and living systems. However in the last 25 years we have made enormous leaps in numerous aspects of natural science.

One such example is the treatment of infertility. The 1990s saw groundbreaking improvements when scientists discovered how to implant embryos. Thanks to the specialisation of biotechnology women are able to conceive even after having their ovaries removed. This is made possible through the use of tissue culture to provide ovarian tissue transplants.

Not long ago surrogates and sperm donors were the most effective means for the growth of embryos when either a man or a woman was battling to conceive naturally. But these options are becoming less necessary because biochemists have developed new technology that enhances healthy egg or sperm production in infertile patients.

Because of biomedical sciences, advanced technology is widely available in most health professions, the costs for the average person to benefit from biotechnology have decreased. Now more than ever IVF is benefiting couples who would have previously not been able to afford this procedure.

When Dolly was Cloned

Whatever biology programme or biology courses you may follow, whether it’s an undergraduate degree or a biological science major, this is a scientific breakthrough you will undoubtedly learn about.

The first record of a successful clone took place in 1996 when scientists used a process known as nuclear transfer. The cloned a ewe by taking cells from the mammary glands of an adult sheep.

This female sheep was given the name Dolly and she made history when she matured healthily just like any naturally conceived sheep. From then on biologists continue to conduct research in cloning and have succeeded in cloning various plants and animals. This is especially valuable in conservation biology as scientists attempt to recreate endangered species and there is the possibility of reproducing species that have already met extinction.

Genetic modification and genetically modified organisms are a hot topic in the health sector, the food industry and government agencies. Of late, certain researchers are suspected of using questionable scientific method in order to succeed in editing genes, specifically human genes. This means modifying the genetics of a human embryo.

Scientists involved in evolutionary biology would say that the true purpose of gene-editing is to eliminate diseases that are inherent. This would be invaluable for the progression of genomics. However, the possibility of using this biochemistry unethically is becoming a major concern. The worry is that parents could start choosing traits for their unborn child like picking an item from a catalogue; deciding on things such as hair or eye colour and gender.

But despite the concern that many have about science interfering with human physiology, the reality is that many great developments have arisen from the research of DNA repair.

Another two prominent discoveries in genetic biology is the research done on stem cells and robotic limbs. With the use of stem cells doctors are able to assist patients with certain blood related disorders and some cancers. Robotic limbs are a great leap in the field of prosthetics as the limbs are controlled by neural signals from the brain making them more useful and improving the quality of life for so many people who suffer from a handicap.

When it comes to IVF, the physiologist Robert Edwards deserves serious recognition. He was in fact awarded a Nobel Prize in 2010 for the contributions he made in the field of fertility treatment. Edwards led the team who conducted the first successful In Vitro Fertilisation in 1978.

Aristotle may be the ‘father of biology’ but Carl Woods is a pioneer of fertility medicine and can be deemed ‘the father of IVF’. He discovered the method of freezing and then thawing an embryo.

In 2007 the Nobel Prize in Physiology or Medicine was awarded collectively to Oliver Smithies, Sir Martin J. Evans and Mario R. Capecchi for the discoveries they uncovered regarding the use of embryonic stem cells for specific gene modifications. Despite the fact that the research was done on mice, it pioneered the way for scientists of population genetics to understand the significant role that genes play on the human race.

What is the Nobel Prize for Physiology or Medicine?

This is a prestigious award presented annually to those individuals who have made significant progress in the area of biological science and medicine.

Harnessing the Power of the Internet to Boost Your Biology Studies

If you are doing a biology course then the internet is an incredible tool to use when you’re interested in exploring a specific field of life sciences. You can also discover more about the actual people responsible for some of the breakthroughs that have shaped our world, and learn about interesting, related topics such as BioArt.

It’s worth looking into the current trends in the world of life science. Getting an idea of the research projects and scientists that have recently been awarded Nobel Prizes will broaden your perspective of science careers and will also help you gain the upper hand in class and examinations.

From botany to zoology, palaeontology to immunology, whatever your passion there is a niche of biology that will fascinate you and a boundless supply of information out there to satisfy your hunger for knowledge.