What Is the Chess Musical About? The 80s was a great decade for music and, by extension, musical theatre. Hit shows from that decade, like Cats, Miss Saigon and La Cage aux Folles easily spring to mind; others reflect the shifting cultural sensibilities of the times: Dreamgirls and Sarafina! enjoy frequent revivals and have even been made into films.

Where does Chess fit in?

Curiously enough, it has Miss Saigon overtones and a crucial tie to Cats. Chess even enjoys a tenuous connection with Cage, believe it or not. As for any link to Dreamgirls and Sarafina!?

Let Superprof show you how to pull together the various strings of 80s musicals to come up with a complete picture of the times. 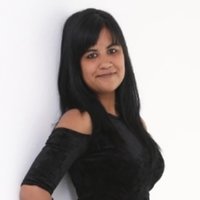 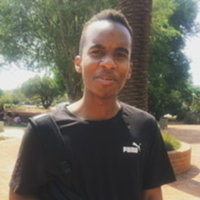 The Plot of Chess, the Musical

What do the Cold War, forbidden love and chess have in common? A musical!

It's the height of the Cold War, yet the International Chess Federation continues to welcome the Soviets. Do they not realise that inviting them to play only legitimises their regime? Still, the World Chess Championship games must go on; this year, it will be held in Italy - a neutral territory for both the menacing Soviets and the arrogant/aggressive Americans.

Soon, the players take the stage. They mask their private motivations behind a series of shenanigans and an apparently real enmity.

The American and current World Chess Champion, Freddie, wants more money and recognition. Anatoly, his Soviet challenger, is a chess purist who refuses to use any underhanded tactics that would ensure his win.

In an odd twist, the underhanded tactic in question becomes a pivotal plot point. Quite by accident, Anatoly falls in love with Florence, Freddie's second (and likely lover) - the very trick that Anatoly's second, Molokov, suggested. Freddie, coming upon Florence and Anatoly enjoying an embrace, explodes with jealousy and rage.

Just as Molokov predicted, Freddie was unable to focus on the game.

The winner takes it all as the tournament ends: Freddie loses his title and his love to Anatoly. The Soviet player then adds to his wins by defecting, thus gaining his freedom from his homeland's oppressive regime. Unknown at that point is that he left his wife and children behind.

Freddie and Anatoly (with Florence) meet up again in Bangkok. Anatoly is there to defend his title but Freddie is now a media commentator, there to report on the match.

The theme now is humiliation. Freddie is instructed to humiliate Anatoly on-air, Molokov engineers the sudden appearance of Svetlana, Anatoly's left-behind wife... and all of this is designed to destabilise the reigning World Chess Champion. However, he remains ever the chess purist; he refuses all of their schemes.

And then, things turn around.

Florence and Svetlana forge a bond and Florence confesses that, no matter how perfect she and Anatoly are for each other, he should return to Svetlana. Freddie finally puts aside his animosity for his former rival and clues Anatoly into flaws in his opponent's strategy.

Anatoly successfully defends his title and returns to the Soviet Union with Svetlana at his side... but the show has one more betrayal in store.

Early on, we learn that Florence's father was believed to have been captured by the Soviets during the Hungarian Revolution.

Her missing father is a sore point that Freddie exploits early in the story, while they are together. At the end of the show, she discovers that her craving to know her father's whereabouts - or even if he is still alive was used against her to make the World Chess Champion, Anatoly, return to his homeland.

That final revelation shows how art imitates life as well as a perfect blending of chess and art.

Chess is undeniably 80s, from the score to the interwoven stories. Still, it retains a timeless flavour because, fundamentally, it is about romance, betrayal and the agony of youth.

Although Freddie is a leading character, we learn little about him. Only the gut-wrenching song Freddie sings after Florence leaves him, Pity the Child, gives a hint that his upbringing was less than stellar - indeed, that his parents' coldness towards him is what made him such an angry, aggressive person.

However, unlike in the series The Queen's Gambit, neither Freddie's childhood trauma nor Soviet chess prowess drives the plot. What drives it, then?

In the 80s, the chess world was still on fire from Bobby Fischer's surprise win against Boris Spassky (in 1972). At the time, Mr Spassky was the World Chess Champion and Mr Fischer, at just 29 years old, still considered too wet behind the ears to take on such a chess giant.

Their match was promoted as a Cold War confrontation between the US and USSR, a symbolic fight to the death for supremacy between political superpowers, indicating that the desire to crush the Soviets in one way or the other, was alive and well. And it carried over into the real world.

Around the time Chess was conceived, Cold War tensions were still running high. American President Ronald Reagan was propagating his anti-communist agenda which, later, came to be known as the Reagan Doctrine.

These tensions and the passion for chess the Fischer/Spassky match engendered, combined with one more factor - a high-profile rivalry between two chess grandmasters all culminated into a brilliant stage show, complete with a stunning score and memorable performances.

How Did Chess Come About?

Tim Rice, still basking in Evita's success wanted to put a show about the Cold War together. Unfortunately, he and his long-time collaborator, Andrew Lloyd Webber couldn't come up with anything that smelled like a hit so the project was shelved.

That doesn't mean Sir Rice gave up on the idea; he just needed to find an angle to build the story around. He found it in The Match of the Century, the 1972 Fischer/Spassky match, but it wasn't anything chess-related that grabbed him. It was the politics behind the match.

Now ready to get to work on this new, big idea, he found his writing partner neck-deep in Cats. So he turned to ABBA's creative talent, Björn Ulvaeus and Benny Anderssen. As they had been looking for a property to work on, they gladly accepted the offer. Thus began their transatlantic partnership.

They met once, in 1981, to discuss the concept and where the story could go. From there, Ulvaeus/Anderssen would lay down tracks for which Sir Rice would write lyrics. After roughly 18 months of this back and forth, the team had songs for:

Besides these, the show includes many songs sung by more than two characters, such as Endgame, sung by Florence, Anatoly, Freddie and Svetlana. The entire ensemble joins in as well.

If these song titles sound familiar, it's probably because you've heard them on the radio. The production team decided to release a concept album to raise funds for the production (and to preview the show).

One Night in Bangkok became a #1 hit for Murray Head, who plays Freddie in the original cast while I Know Him So Well became almost a signature song for Elaine Paige (Florence).

Footnotes from Chess, the Musical

With such talent driving the show and such a promotion, it could hardly have failed. Chess opened in 1986 at London's West End theatre, earning high praise and nods at the Lawrence Olivier Awards ceremony for Best New Musical and Best Performance by (male and female) Lead in a Musical. It would continue its run for the next three years.

Capitalising on its West End success, the show went international: to the US, Norway, Sweden, Japan, Russia, Australia... Whenever a topic the show addresses manifests in real life, invariably, a performance troupe will at least put on a concert, if not revive the show altogether.

Some describe Chess as a mess; there are too many plot points and too many disparate elements to make the show cohesive. They may be referring to the Broadway edition of Chess, a production that changed so much of the original story that subtle plot points suddenly made no sense.

And, Broadway refused to engage Elaine Paige! It's likely because they were contractually bound to hire local talent but, still: Dame Paige IS Florence. Her take on that role and her powerful vocals bring it to life unlike any other actress can, including Tony Award winner Idina Menzel.

That's not just us saying it; take a look at the commentary on YouTube, where some thoughtful soul uploaded the entire original West End production. Even the archaic sound system cannot mute those glorious voices.

And the songs! From the hipster-pop of One Night in Bangkok to the sorrowful I Know Him So Well - a song that's been covered by everyone from Whitney Houston to Barbra Streisand... and who could forget when Susan Boyle finally achieved her dream of singing with Elaine Paige? And what song did they sing together?

Note that, if you hear a whisper of ABBA running through the notes - and you caught our nod to them earlier in the text, that was all by design.

Indeed, Chess' song, Anthem, uses the same guitar chord structures as ABBA's Our Last Summer. It has the same wistful tone, too. And Anatoly singing about building a border around his heart? Look no further than the lyrics to The Winner Takes it All.

Now that you're in the know, isn't it strange to hear people say that Mamma Mia was ABBA's first musical?

Now, enter the curious world of paintings with chess as their theme.