Considering Whether Chess is a Sport...

It would be rather odd if someone listed chess as their favourite sport. When you think of a sport, physical exertion and possibly sweat dripping off your forehead are what often come to mind. Perhaps it was the Physical Education and Training (PET) period at school that ingrained in us the notion that a sport has to entail physical motion and strength of some form. What if there was a sport that could get your heart racing and your blood pumping without you having to move an inch? Sounds too good to be true, doesn’t it? Well, what if we told you that chess is a sport? If you are still baffled as to how this is so, let’s consider the origins of the word, “sport.” Sport is derived from the French word, “desport,” which actually means leisure. In that case, for something to be labelled a sport, it must be a leisurely activity as well. If you think about it, many people do already  link chess to a form of leisure. In that case, is chess not the ultimate sport as for many people, playing chess provides them with ultimate pleasure and relaxation?

Then again, in order to do well at sport, you must be skilled enough to play the sport. Chess too requires a fair amount of skill from the person who is sitting and moving the chess pieces around.

Superprof goes deeper to uncover all the links between chess and sport so that you can have all the evidence that you need in order to decide if chess can be seen as a sport or not.

Get some tips on how Chess a Form of Mindfulness? on Superprof 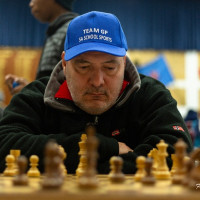 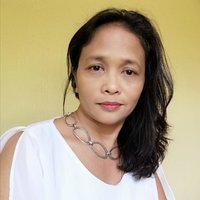 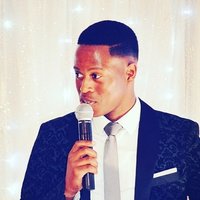 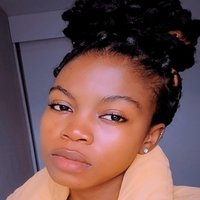 Is Chess a Sport?

In much the same way, athletes also abide by a similar code of conduct, where cheating cannot feature in the game at all. Chess players cannot be called athletes but they surely adhere to the code of conduct that has been drafted for them.

If  chess calls for sportsmanship during play, is it not a sport?

One of the rules when it comes to competitive chess is that players cannot use notes or any outside information to assist them with their moves during play.  Much like in soccer, players have to shake hands before they start playing. However,  in chess tournaments, players need to also shake hands after play. Have you ever wondered why players barely say anything while playing a chess match? Well, one of the rules of chess is that players are not allowed to speak to each other, except for when they offer a draw or resign from the game. There are so many other rules in chess, and we need to ask ourselves how can chess not be termed a sport with that many rules of play?

See why and how Chess is Considered Science? on Superprof

While there are rules that ought to be adhered to, chess players are equally as competitive as sport players. In attempts to win and gain the title of the chess world champion, they surely do bend some rules in their favour.

To date, there are many high-profile cheating cases that have been brought into the light in the chess world.  There was one story floating around in the chess world of a player frequently going to to toilet during play.  Speculation has it that he was headed to the toilet so he could phone a friend to seek guidance for his moves.  Since then, a rule was introduced that banned the usage of phones throughout the tournament.

Like any cricket player that is in hot water if he is caught throwing away a match due to a bet, chess players also lose endorsement deals and their reputations when they are caught for conducting improper chess practices.

Check out the Many Faces of Chess on Superprof

How Is Chess a Sport Without the Physical Exertion Required by a Sport?

Have you watched a soccer match or a wrestling match lately? If you watch these games very closely, you will note that sport doesn't only require players to run after a ball or wrestle other players, it entails being mindful of your every move. Players while running and wrestling are strategizing and thinking up their next moves. We can say that a level of mindfulness is required by players who wish to excel at any sport.

Online gamers too become so engrossed in the game that they are playing, they resort to not moving for hours. Online gamers are similar to chess players who sit for hours on end waiting to say the words, "check mate!"

In order for a player to be able to utter the long awaited words, "Check mate," the player must be fully engrossed in the game. Every single sport requires players to be mindful and thus thinking of their next moves before they do it.

Chess, is a game, where players are always thinking ahead. While the physical component entailed in most sports is missing from chess, the mental component is certainly part of chess like it is a part of all other sports.

Being mentally aware of everything that is happening in a game of chess is the reason why we can say that chess is a sport like all other sports.

Perhaps it is this mental capacity required by chess players when they have to think out of the box that is the reason why chess can be considered an art form as well.

Yes, you are right in thinking that chess requires you to do no physically strenuous activities. But doesn't all types of sport require endurance and persistence?

Check out how chess is a form of mindfulness here.

Chess players too are expected to sit for hours on end mastering moves on the chessboard. Ultimately, we can say that chess is a test of endurance and  one the requires the perseverance to keep moving your chess pieces on the chessboard even when the going gets tough.

Why Is Chess a Sport?

Playing a sport, naturally means some sort of a competition. Plus there is rivalry that ought to be noted between two opposing teams. While chess matches require two players only, there is still an ongoing competition between players as well as some form of rivalry between the players.

Chess players are certainly competing to earn the title of chess master and chess grand master.  If competition is the order of the day, surely chess can be seen as a a form competitive sport.

Whether you are playing soccer in South Africa or football in England, most sports are played in all countries. What about chess?

Chess too is played throughout the world and is enjoyed by people from all over, therefore chess can be called a universal sport.

You would note from watching sports that sports are always evolving. You watch sport being played by real sport players on television and then you catch a glimpse of Playstation sport players playing a game.

In chess, the chess players' Elo ratings increase or decrease based on their performance in each tournament game they play. As their Elo rating increases, so does their standing in the ranking.

Therefore chess players are not only competing to see who wins or loses a chess match but also to see who can earn a higher rating. Isn't rank and rating what all sports players are after?

At Superprof, we are convinced that chess is a sport. In fact, we have even convinced ourselves that not only is chess a sport but that there are several other facets to chess as well. You can read all about the faces of chess.

If you don't agree, we are excited to see what counter argument you come up with to define chess as anything else but a sport. You could even discuss your opinion with one of our Superprof tutors.