The Rules of Chess Explained "Life is like a chess game-- you don't want to waste a move." -Bing Gordon

There are a lot of popular games that have parallels and similarities to real life. For instance, there's even a board game called "Life" where you go through things that happen in the real world! Nonetheless, one of the most played and loved games of all time, chess, boast various similitudes to life. How's that?

Well, for starters, chess is a game of strategy and moving pieces from one side of the board to the other. A player must carefully plan their moves and make wise playing decisions, or else they will suffer the consequences and lose against their opponent. Also, like life, it is beneficial to know how to read people when playing chess.

In all honesty, we could go on and on about the parallels between the game of chess and actual life, but we prefer that our readers discover that for themselves!

Without further ado, in today's article, we shall focus our attention on the rules, tips and tricks of chess; are you reading this The Queen's Gambit fans? 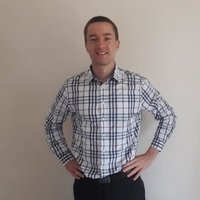 Who Sets the Rules of Chess?

Though rules had briefly changed since the days when chess was played in 18th century Europe, they are mostly the same and, in our time, have been established by a trustworthy organisation known as the FIDE. The FIDE stands for the Fédération Internationale des Échecs, or in English, the World Chess Federation.

The FIDE was established in 1924 in Paris, France and had the goal of organising, regulating, and planning international chess competitions. By having one corporation, the rules and regulations of chess can be closely monitored and kept the same from one country to the next.

The World Chess Federation has 190 countries as affiliate members. In 1999 the FIDE was officially recognised by the International Olympic Committee (IOC).

The FIDE's motto Gens Una Sumus, "We are one Family”, has the purpose of uniting individuals from different lands using the same game or sport, chess. Also, it is essential to point out that even though the FIDE tries to unify chess rules across each nation, there may be some slight modifications by some national organisations for their purposes. Since chess is such a massive game with so many playing techniques, it is wise to have an entity such as FIDE to keep everything in order.

The most up to date information about chess and its rules can be found on the FIDE website.

Uncovering The Basic Laws of Chess

Now that we've determined which organisation governs the rules of chess internationally, it is essential to analyse the regulations to know them by memory and, hopefully, win as many games as possible!

The rules of chess are various and better understood if they are separated into smaller categories to comprehend the overall game better. Therefore, we shall now consider the rules of chess in their chronological order to not distract beginners from getting it right the first time.

Setting Up the Board

Before evening knowing how to move pieces across the board strategically, it is in the student's best interest to learn how to set up the chessboard correctly to prevent looking like a fool!

The chessboard must be laid out so that both players see the white colour square on the bottom right-hand side.

After the chessboard has been placed correctly, the pieces start are placed, and they are arranged the same way every single time. The second row from the player, or as some call it "the rank", has the eight pawns that occupy each space, both colour and white.

In the first rank or row directly in front of you, the chess pieces must be placed the following way:

Based on the previously mentioned information and overall quantity of squares in each rank, it is reasonable to assume that chess beginners recognise that there are the following quantities of pieces on each chessboard:

After setting up the board correctly, it's time to start moving the pieces around!

How Each Chess Piece Moves

Since all of the chess pieces are unique, most beginners recognise that they move in different ways. Remembering how each piece moves is necessary and should be recognised at all costs since it signifies victory. A player who forgets how to move their pieces is setting themselves up for failure.

Nonetheless, it's important to state that through regular practice, a beginner chess practitioner will quickly identify the moves of each piece.

So, how does each piece move across the board? Are there any restrictions to the way particular pieces should mobilise? Please take a look at our informative article that specifically covers the topic of how chess pieces move.

Knowing the Special Rules of Play

Along with the game strategy and knowing the basic moves of each chess piece, you can successfully win chess matches against worthy opponents. However, it is highly recommended to learn more about the special rules of play since they can enhance your technique and make you more aware of chess in its entirety.

What are the special rules of chess? Without further ado, albeit not necessarily logical to all players at first, the following are a few special rules that make chess matches more fun and interesting:

The Regulations of Check and Checkmate

According to the rules of chess, to win a game, one must complete both a check and checkmate against the opponent's king. How is that achieved?

First and foremost, a check is successfully played when the king is under attack by at least one enemy chess piece. When a king is in check, it is almost impossible to get out of it except for the three specific moves:

If it is impossible to complete any of the previously mentioned manoeuvres, the king is checkmated, and the game is completely over.

Therefore, the rules defined a checkmate as when the king was placed in check by the opponent's, and there were no legal ways to leave a check in chess. It is essential to state that, unlike other chess pieces, capturing the opponent's king at this moment is not possible.

Besides finishing the game with a check or checkmate, there is supplementary end of game rules that must be considered. Such as? The following list features some of the end match regulations and details:

It is essential to state that competition rules for chess are specific and unique for matches known as "over the board" (OTB) games. The FIDE regulates OTB rules, and they are designed to make competition chess the same across all countries.

Some specific rules of competition chess might vary in the following sections of play:

We recommend looking at some of the competition rules on reputable online resources such as Chess.com and the FIDE website.

In conclusion, by following the general rules of chess in chronological order, a beginner chess player has the potential of quickly improving and winning as many matches as possible!