A List of Japan’s Most Popular Anime to Watch

How well do you know the world of anime?

Whether you’ve seen one movie or a couple of episodes from a television series, anime has a very characteristic look and feel that most of us can immediately identify.

Maybe it’s the stunningly emotive characters with the big eyes and stylised hair, the complex themes, plots and story lines or the colourful worlds of horror, robots, and fantasy?

There’s something for everyone and most of us only got a glimpse of the magical world of anime with the introduction of famous titles like Pokémon, Dragon Ball or Spirited Away.

We’re here to give you a list of the most popular titles and how you can discover what anime is about, try new genres and find your own favourites.

What exactly is Anime?

In the United States, South Africa and other countries across the globe we associate anime with the Japanese and their popular culture. Anime certainly gained its popularity in Japan and has since developed into a unique form of art and entertainment that now also occupies the global entertainment world. Their definition of anime is, however, slightly different.

The Japanese define Anime as any form of animation, regardless of genre, the age group it was created for or whether it’s local or international.

Most of us who have been exposed to anime will identify it as a Japanese animation style and there are a variety of elements that make this form of animation so unique:

Manga was originally a black and white comic version of an idea that artists used across Japan use to create their own worlds and characters. If customer votes make a story popular, it will get bought over by a studio and developed into a series or film.

Almost no new anime is created as an original. A studio will keep an eye on manga with captivating characters and plot.

If you like to draw and want to create your own animated drawings, why not try drawing anime?  We have some experienced drawing tutors who can help you learn the art of manga and animation. 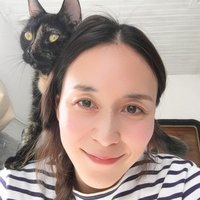 Anime: A Story of Japan

Since the beginning of animation, thousands of artists worked tirelessly to build the industry to what it is today. Anime is a global beacon of Japanese culture and the entry point for a lot of people to understand and have appreciation for their customs.

It’s symbolism speaks of diversity, radiant colour and the complexities that underpin the people of Japan.

This lucrative industry continues to grow as a multi-million-dollar entertainment machine. Some of the well-known studios like Ghibli, Toei, Kyoto and Gainax developed their own style over time and most anime fans will also be able to recognise how the work by famous names like Osama Tezuka and Hayao Miyazaki continues to shine through all forms of anime we see today.

Anime is probably one of the best ways to capture and learn about the beauty of Japanese culture.

It is not necessarily everyone’s cup of tea, but the movement in Japan has led to the creation of multiple genres for different age groups and is so complex and varied that anyone can learn about their food, architecture, customs, art, festivals, life, history and anything Japanese.

Fruits Basket was a title introduced specifically for young girls while the boys were targeted through Gundam. But these two are so different, with different characters and not nearly as complex as the plots in some adult themed titles like Cowboy Behop, Death Note and Fullmetal Alchemist.

Be sure to read our other article to learn more about the history, definition and development of anime.

Anime is so broad and diverse that the response to which is the most significant, entertaining or popular can vary based on the viewer. There are certainly some statistics about votes and revenue earned to determine these, but we looked across a wide scope of websites to see which ones are considered the best.

Some of the anime that were created made significant waves in the history of entertainment, firstly in Japan and then globally as dubbed anime. Most of us have heard of Dragon Ball Z, which has been regarded as one of the most influential manga series ever made.

Many Manga artists say that Dragon Ball inspired the anime industry and their own views and creativity.

Pokémon is another incredibly popular franchise that was first released as a game in 1996 and exploded across the world. It played a significant part in commercialising anime in the United States and the rest of the world. Here in South Africa, we could see the anime movies, get to know some of the 900 Pokémon species through games and buy the franchised products.

Director Hayao Miyazaki is one of the most well-known names internationally around anime. One of his most significant anime movies, Princess Mononoke, is a complex film about a variety of themes including the relationship between man and nature and the impacts of commercialism. Miyazaki also won an Oscar in 2001 for Best Animated Feature with Spirited Away, another legendary film to watch if you haven’t seen it already.

Anime Genres and Our Pick of The Top Titles

The world of Anime is slightly more open and mouldable to the series and movies we are used to in English. Genres are therefore not the same as Hollywood and to understand the anime genres, one must know and be familiar with the storytelling ecosystem created within anime.

Shonen was originally created for boys and includes a massive sub-variety of sub-genres like fantasy, science fiction and horror. My Hero Academia and Dragon Ball are two great examples from this genre.

On the other end of the spectrum, shoujo anime provides a variety of titles that includes love, drama, and friendship themes for young girls with examples like Sailor Moon, Fruits Baskets and Tokyo Mew Mew.

Young adult men will be more intrigued by seinen. With more than enough action, magic, warfare and robots, this genre has a wide variety of stories with a slightly bigger focus on sexuality, violence and some popular examples include Black Lagoon and even One-Punch Man.

Josei brings relationships for young adult women under the microscope. Names like Princess Jellyfish, Kids on a Slope and Paradise Kids all deal with the drama and brutality of heartbreak, breakups, and makeups. This genre is still a bit experimental and has a humorous and explicit side to it as well, so it is not recommended for children.

These are only some of the genres that the world of anime created and there’s a wide range of others like:

For the purposes of this article, we have provided simple explanations of the different genres to ensure you are able to choose a storyline that speaks to you.

Fullmetal Alchemist: Brotherhood is one of the best rated action, adventure fantasies and a TV show based on Manga. This top anime series is a story about two brothers who suffered physical injuries and through Supernatural means try to reclaim their bodies. Like most anime it has a running time of 23 min per episode and with 13 episodes of all 5 seasons on Netflix, those who love action can watch it today on Netflix.

There's an entire range of demon hunter anime out there. One of the oldest is Hunter x Hunter and the current most popular is Demon Slayer: Kimetsu No Yaiba. It became one of the biggest grossing franchises in 2010 and continues to enjoy success with a popular new season released in 2019. The Demon Slayer: Kimetsu no Yaiba the Movie: Mugen Train was released in 2020 and became the biggest grossing film in Japan of all time.

Nichijou (My Ordinary Life) is a cute, funny and absurd comedy series about a trio of friends, a list of wacky characters and the predicaments they must cope with in normal life. It had 26 episodes and even though there’s a whole list of comedy anime and manga shows like Wasteful Days of High School Girls and Lucky Star, we think you'll find this one is particularly bizarre.

We already mentioned that the genres in anime are just not the same as in Hollywood. One Punch Man is one of those shows where the protagonist, a superhero character named Saitama, leads a character-driven comedy that's filled with the right punch of action, fun and laughter.

Death Note is a TV series about a high school kid who discovers a mystical notebook that gives him the power to kill those whose names are entered into it. Some critics say that this anime just lacks the dynamism usually associated with this medium, while others say this is one of the best shows they've seen in a long time.

In our search the overall votes were positive and we think it's a must for anime fans 14 and older. Season 3 was released in 2018 and the popularity votes ensured many spin-offs of films and products.

A Silent Voice was created by Kyoto Animation studio in 2016 and is considered as one of the most popular drama films in anime. It certainly proved that through a turnover of $30 million at the box-office. If you have time and want to watch an anime film with an intriguing plot centred on bullying and making amends, log onto Netflix or Amazon and start streaming.

If you love The Grudge horror franchise and have a stomach for gory films, then the film named Another is a nicely balanced and creepy horror you have to watch. This story will wrap you up, draw you in and leave you with hanging questions.

Who said cartoons could not be scary?

Everyone goes mad when zombies roam the world and characters like those in High School of the Dead must survive and solve problems at the brink of civilisation’s collapse. Filled with action, drama, and an open ending, this is a series for those who ponder how we would behave when an apocalypse hit.

The science fiction genre is one of the most competitive spaces in the anime world. Ghost In The Shell is an anime that also had multiple adaptations and movies. With some great action sequences, plot twists and amazing technology this is certainly one for the Sci-Fi fans.

If anime characters is your thing and you are looking for inspiration for your next comic con or costume party, you can explore this article for some of the best Anime characters .

Some of the Best Anime on Netflix or Amazon

You can stream some of these legendary mentioned titles directly from Netflix or Amazon Prime. Here are some additional ones that deserves special mention:

If you want to dive deeper you can read everything about anime here. If you are interested in the world of Japanese culture at large, learning to speak Japanese can be a great start to discover it. You can use anime as a learning tool and with the help of a Superprof tutor you can get affordable one-on-one lessons to supplement your Japanese courses or studies.