Learn Dutch from the best

Most Important Moments in Dutch History "It is important for all of us to appreciate where we come from and how that history has really shaped us in ways that we might not understand." -Sonia Sotomayor

Whether we like it or not history shapes our way of life and culture. The most important moments that have occurred in the past affect a country's economy, language, exposure and social impact.

Every single geographic location on this planet has been affected negatively and positively by history.

There are moments where brave, passionate and trailblazing individuals have stood up, made a difference and changed the world forever. Some of these people have spent their lives fighting for the greater good of others and on the other end of the spectrum, there are some who have found pleasure in causing genocide, racial division and poverty for their subjects.

After World War's some countries have risen above the ashes and become victorious and better whereas others have struggled for years to reach the same level as before.

No matter what our situation is we have been affected by the decisions of imperfect men who are in power.

Superprof is here to analyze the crucial moments in history that made the Netherlands the country it is today. Floods, religious conversion, independence, financial prosperity and two world wars have all affected the Dutch country of 17.25 million inhabitants positively and negatively throughout the years. 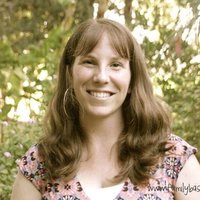 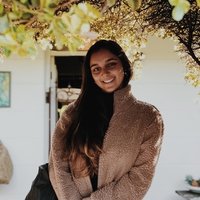 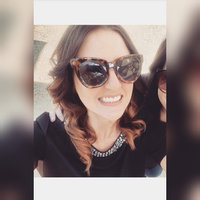 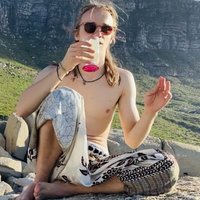 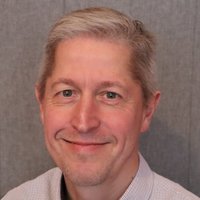 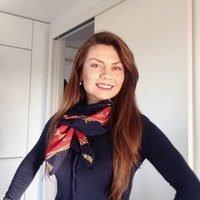 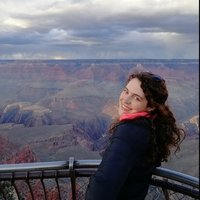 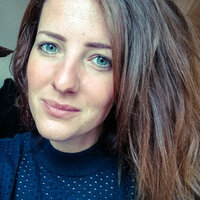 In the 15th century, Amsterdam had grown and become a major trading port for grain. The Netherlands produced grain for consumption in major cities in the countries of Belgium, France and England. This trade was vital during this period for prosperity.

In the early 16th century, in 1506, Charles V succeeded his father and became King of Spain, sovereign over the low countries and ruler of the Holy Roman Empire. His aunt, Margaret of Austria, was extremely politically aware and when Charles V went back to Spain she governed the territory of the Netherlands.

During his youth Charles V, travelled extensively with the goal of conquering more territory and creating a more vast empire. He extended the low countries with four additional territories called the seventeen provinces. Throughout his entire lifetime, Charles V constantly waged war with France which was logical because of the fact that all the seventeen provinces bordered France. While he was in Spain, he also sent armies to fight against the Ottoman Empire.

Charles V relentlessly persecuted Protestants with many being burned at the stake.

After Charles V, control of the seventeen provinces or low countries was passed on to King Philip II of Spain in 1556 and then 11 years later the Duke of Alba became the guardian of the Netherlands.

Following the appointment of the Duke of Alba in 1568, William I, Prince of Orange began a revolt with the seventeen provinces against their Spanish government and the Eight Years' War (Dutch Revolt) began. Due to William of Orange's revolutionary ideas, the Duke of Alba declared him an outlaw.

There were many contributing factors to this war or revolt but religion played a major part. Under Spanish control, there were strict policies for religious uniformity for the Catholic church. Protestants had been severely oppressed in the past and in the years previous to the Dutch Revolt many Protestant dominations were gaining popularity with new followers.

The war continued for years and in 1576 the Netherlands' 17 provinces united in the pacification of Ghent, created to maintain peace.

In 1579 the treaty of Utrecht was signed in which the northern part of the 17 provinces agreed to support each other in the defence of the Spanish army. This treaty is widely known as being the start of the Dutch Republic. In 1581 the Dutch declared their official independence from Spain.

All of these important dates, treaties and battles led to the Netherlands becoming their own republic.

Take courses on Superprof to learn Dutch in London.

The Dutch Republic of Seven Provinces

Following their independence, no satisfactory King could be found so a republic of seven provinces with their own autonomous governments was formed. The provinces that formed a confederation were Holland, Zeeland, Groningen, Friesland, Utrecht, Overijssel and Gelderland. The States General was located in The Hague with representatives from each of the seven provinces located there.

During the Dutch Golden Age, which lasted for most of the latter half of the 17th century, the Dutch empire became a major economic power in Europe alongside Portugal, Spain, France and England. Arts and Sciences from the Dutch Republic were acclaimed all over the world.

In 1650, the Dutch Empire owned over 16,000 merchant ships which were used to establish trading posts and colonies all over the world. The Dutch East India Company and Dutch West India Company established trading posts in North America on the southern part of Manhattan, in South Africa, in the South American countries of Guyana and Suriname, in the Dutch East Indies (now Indonesia) and a colony in Japan called Dejima.

The Netherlands is commonly known as being the first capitalist country in the world.

Amsterdam had become the wealthiest trading city and there were many economic phenomena that became known all over the world. Tulip mania in 1636 and 1637 is recorded as being the first speculative bubble. The price of newly introduced tulip bulbs reach very high prices and then collapsed the following year. Tulip mania became more of a socio-economic phenomenon than an economic crisis.

For example, at the height of tulip mania, some bulbs were sold for ten times more than the annual income of a skilled craftsman! The term is now used as a metaphor to describe any kind of economic bubble.

Another key year in this period was in 1672 and known as the Rampjaar or "disaster year" when the Dutch Republic was simultaneously attacked by the French, English and the prince-bishops Bernhard von Galen, bishop of Münster and Maximilian Henry of Bavaria. The armies of the invaders quickly conquered parts of the Republic by defeating most of the Dutch States Army.

The de Witt brothers were blamed for this awful moment in history and lynched in The Hague. None of the murderers was ever convicted and it is believed to have been encouraged by Prince William of Orange.

During WWI, the Netherlands were able to remain neutral largely due to the fact that the importation of goods through the Netherlands proved to be crucial to German survival during the war.

There was much division in the Royal House due to the fact that in private Queen Wilhemina sympathized with Belgium and France and her husband German prince-consort Henry Duke Mecklenburg-Schwerin was pro-German in his public and private life.

Many prisoners of war exiled to the Netherlands during the First World War such as Kaiser Wilhelm II of German.

Due to the Netherlands geographical location, it was a hotbed for espionage. Many spy agencies had operators in the country since it was easy to travel freely throughout the Netherlands. Meta Hari, notable public figure and exotic dancer, was accused of spying for the Germans and was executed by a firing squad in 1917.

In the Second World War, the Netherlands faced a lot of infrastructure damage. Similar to WWI, the Dutch claimed they would be neutral throughout the Second World War. Nevertheless, Adolf Hitler authorized the bombing of Rotterdam which led the city in ruins. A day after the "Rotterdam Blitz", the Dutch government surrendered and sought refuge in London which caused the Netherlands to be controlled by Germany throughout the war.

During the German occupation, non-Nazi organizations were eliminated. Hitler highly favoured the Dutch people who were considered by him to be part of the Aryan race.

Throughout the German occupation, Jews living in the Netherlands were persecuted and over 100,000 were sent to concentration camps. Young men were encouraged to fight for the German army in the war.

The Japanese occupied the Dutch West Indies (Indonesia) throughout the war and imprisoned some of the Dutch and mixed-race people in camps with appalling conditions.

In 1944 and 1945, the First Canadian Army was responsible for liberating the Netherlands.

After the Second World War, the economy and infrastructure in the Netherlands were left in shambles. Rebuilding was needed to create the new Netherlands that would be similar to the old one.

Despite the high birth rate, unemployment was low and the economy grew at a great pace causing a financial boom that was unprecedented. Much of the reconstruction help came from the United States with Secretary of State George Marshall providing Western Europe with funds, goods, raw materials and fresh produce in order to help with recovery.

From 1948 to 1958, the Dutch government was a coalition of Catholic and social democratic parties. Prime Minister Willem Drees encouraged everyone to take part and make a change. Wages did not rise very much and this gave the Netherlands a competitive edge in comparison to other Western European countries.

Drees created many social programmes to look after the basic needs of Dutch citizens such as a regular pension for senior citizens. The governments that followed Drees introduced child support and social security which caused citizens to rely more fully on the state than on charities and private organizations.

The aforementioned social programmes led the Netherlands to become one of the happiest and most prosperous countries on the planet.

In the 1960s and 1970s, there were many social changes fought by youth and students. Men and women battled for equal rights, pay and legal abortion. Archaic traditions were abandoned in government, traditional morals were tossed aside and social changes in subjects such as environmental issues, drug use and sexuality were pushed for.

With the aforementioned social changes being accepted by the government, the Netherlands has proven to be an extremely avant-garde and socially tolerant society.

Nevertheless, the 2000s were marked by the assassinations of two public figures who used their platform to speak their mind on controversial subjects. Pim Fortuyn, who had a very strict policy on immigration was murdered on May 6, 2002, by Volkert van der Graaf an animal rights activist who murdered Fortuyn in order to stop him from using Muslims as "scapegoats."

The second political murder of the 21st century affected director Theo Van Gogh who was killed by a Dutch-Moroccan Islamic extremist after releasing a short film that criticized the treatment of women in Islamic culture. This murder sparked a debate about Islamic extremists living in the Netherlands and over-tolerant immigration policies.

The Netherlands, like many European countries, has centuries of rich culture with many memorable events that shaped Dutch society. Learning about other countries and cultures is a great way to accept other people and different ways of thinking. We can all learn a lot from each other.