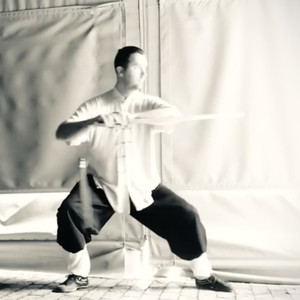 I teach each individual according to their interests. But I keep to strict standards of Tai chi Chuan Origins and training methods (Stance training, Stepping training, Forces of Peng Lu Ji An..etc...., Martial art/self defence Which then leads to better health). I teach in a gentle manner wether the student prefers the aspect of self defence or prefers to Learn only for health reasons of the mind and body. Tailored for each Persons character.

There is no age restriction at all. I equally enjoy teaching Youngsters from ages 10 and up, to the elderly.

The benefits for the Elderly are astounding as it helps support Joint Strengthening and balance , Which prevents falls and improves circulation as well as Breathing to name a few benefits.

I have been giving private lessons for 1 year, online as well as in person. Currently using my Garage Dojo for teaching 1 to 2 people at a time, however have plans for building a Dojo in future to expand to groups and still individuals.

Will be holding lessons at Berario recreation centre from 2022 onwards.

All the reviews collected from students are verified by our team. They are therefore reliable and correspond to a real experience with Richard.

Recommendations are written by the tutor's friends, family, and acquaintances.